-I want to start
by asking you this. Obviously, a lot of attention
was paid to the fact that when Clemson
went to the White House, they were served fast food. You commented on this
on "Good Morning America." You had something to say
to those players. -You know, I said —
You know what? I watched the game. Everybody expected
Alabama to win. What a great win for Clemson.
Dominating. You go to the White House
and you get burgers? Like, you get fast food?
-Yeah.

-So, I was thinking,
you know what? I would buy
those kids lobster, man. They deserve a great meal.
-Yeah. -For a great game,
for a great season. -Did you ever —
Have you ever — Were you ever lucky enough to
have a meal at the White House? Did you ever?
-Oh, we won the Super Bowl. I got —
[ Cheers and applause ] Yeah.
Thank you. Thank you. -Famously.
Famously. -We stacked it with Giants fans.
Thank you very much. [ Cheering ] But when we won,
I had already made plans for, like — for an event.
-Yeah. -And they made the day
that we went to the Super Bowl the same day as the event,
and I was trying to be a man of my word,
so I skipped the White House so that I didn't upset
the people who I committed to. -Sure. That makes sense.
-Yeah. -Do you know what
the Giants were served? Did you hear? -I have no idea,
but it wasn't fast food.

-Yeah, no
-I can tell you that. It was better than that, man.
But I was — I just saw this meme
the other day, which I loved. It was the President
dressed up like a Hamburglar. I don't know if you saw that.
-Yeah. -And it said, "I'm gonna make
Taco Bell pay for it." [ Laughter ] In front of all the burgers,
and I'm like, that's — -That's good.
-Internet's undefeated. -That's some good meme work. So, this is a very —
Obviously, it seems as though we ended up with the four most
exciting teams this weekend.

Would you say that's true? -We have the four
best offenses in the league. I think it's the first time ever
the four best offenses. -Highest-ranked.
-Highest-ranked have made it to this point in the season.
It's gonna be exciting. People like points.
-Yeah. -Like, now, they don't
want to see defensive guys, like myself,
hit quarterbacks anymore. -Yeah.
-Now you touch one — boop! — flag.
-Absolutely. Absolutely.
It's tough. I mean, I grew up —
You know, and I want to talk about
being a Steeler fan, but this was —
much like the Giants, these were often teams
built on defense. This is a different era
we're living in right now. -It's a different era. You have to be able to score
30 points a game to win.

But I do think the best defense
of all four of these teams is probably the Saints.
-Yeah. -Yeah.
Probably the Saints. It's funny.
People say, "Who's gonna win?" I think the Saints
are hard to beat in New Orleans. Just hard to beat.
On any other game, Kansas City, talent-wise,
is the better team, but for some reason,
it's like Brady and Belichick have this voodoo on you.
-Yeah. -It's amazing
that they keep winning. I'm like,
"How does this happen?" -Well, it's hard when you have
more talent if the other team made a deal with the devil.
Like, that is — [ Laughter ] -Can't win, man.
-Historically — And I say this —
I want to make it clear that I — I — all my criticisms
of the Patriots comes from a place
of deep jealousy.

Like, I want them to know
I'm being petty because I want what they have. You played against Tom Brady, and now who's just
an absolutely lovely guy. It breaks my heart to say that.
[ Laughter ] You are partnering with him
on a sports media company. What's it like sitting across
from Tom Brady in a meeting? -It's great.
It's not as comfortable as laying on him
on the football field. -Yeah.
[ Laughter, cheers, applause ] But it's great.
You hit it on the head. When we're on the field,
we are like this, man. 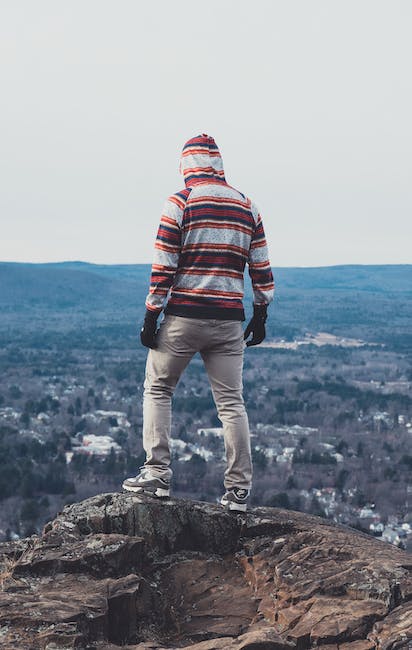 -Yeah. -But when it's over,
it's the ultimate respect. I have so much respect for him, and to be in this situation
that he's in now, and as many Super Bowls
that's he's been in in his career, I'm jealous. Took me 15 years to get to two.
-Yeah. -And lose one.
This guy's been in — He's won like five,
and he's been in like eight or something like that. -He goes to Super Bowls
in the summer. [ Laughter ] He has extra Super Bowls
that are happening — -I got some spare time.
Let me go to a Super Bowl. But the guy,
he's absolutely amazing. He's a great business partner,
because as hard as he works to be a great football player, he works that hard
off the field, as well, in our business, which is called
Religion of Sports, and we do
all these great documentaries and a lot of branded content.

We did "Tom versus Time,"
was something we did last year, but we followed last season
for him because he is 41 now. -Yeah.
-Like, the clock is ticking. But this guy
continues to defy age. -Yes.
He is a well-made clock. It's a bummer.
-But there's nothing like hitting a quarterback
like Brady, man. -Yeah.
-Whoo! Gisele, I see why, girl. I see why!
[ Laughter and applause ] -Just contact.
How — It seems — If there was a
positive in the Giants' season, and there were a few,
Saquon Barkley. -Yeah.
-There was some criticism. How do you not take
a quarterback in last year's draft?
It seems like this is a pick now that you can stand by and say
this was the right choice. -You can stand by and say
he was the right choice.

I mean, the kid is phenomenal. And the quarterback,
it's a hit-or-miss thing. I think he was pretty much
a hit from the beginning. -Yeah.
-You knew what you were getting. This year, there are not as many
quarterbacks in the draft, but I do think you can
find somebody, possibly, to sit behind Eli
most of the year.

-Yep. -And hopefully maybe free agency
or something like that. But I think if you protect Eli,
he can get you far enough to blend somebody else in
to take over eventually. -I'm heartbroken.
We talked a little backstage. The Steelers had a year — Any time they don't make
the playoffs, I'm very sad. I'm sad most of the time
if they don't win a Super Bowl. But they had this drama
with Le'Veon Bell all year. Finally get past it,
and now there seems to be this new drama
with Antonio Brown.

There's been no player
I've enjoyed watching more in the last decade
on the Steelers than him. -Yeah.
-But this seems — Is it safe to say
this is a marriage that is not going to end well? -I think if you're gonna root
for Antonio Brown, you'll be rooting
for another team. 'Cause I just don't think
he's gonna be there next year. Too much of a distraction.
-Yeah. -And they've had enough of it
with Le'Veon Bell, and he decided
he didn't want to come back, and they kind of moved on. Too much to do that
year after year and expect your team to compete. -Were wide receivers
always like this? -They're divas, man!
-Yeah. [ Laughter ] Even in your era. -Like, you know, and that's why
you need a player on the team who can go up and grab them
and say, "Hey, get it together." -Yeah.
-You know, "You got to get it together.
You're hurting us." -The problem is, Antonio's so
fast, he's impossible to grab.

[ Laughter ] Even when they try to grab him
and tell him that, voom! -You lock the locker-room doors,
he ain't going nowhere. [ Laughter ] -Well, I'll be heartbroken
to see him leave, but it certainly doesn't seem
very positive right now. Always great to see you.
-Always, my friend! -Thank you for being here..